Zainab Mubashir is a writer based in Lahore, Pakistan. She has a Bachelors in English Literature from Lahore University of Management Sciences (LUMS), and is interested in issues of social justice, evolving online behaviors, and popular culture. Her writing areas include socio-political and cultural commentary, alongside narrative non-fiction.

Shariq* is a lawyer because of the novel coronavirus. When asked about it, he will tell generations after him how a raging pandemic wreaked havoc across the globe in 2020, but paused to bless him, in particular, with a prestigious law degree. He does not tell me this, but I almost picture this occurring as he recalls precisely how he cheated his way out of a never-ending academic journey and to the other side of studentship—all thanks to online exams. 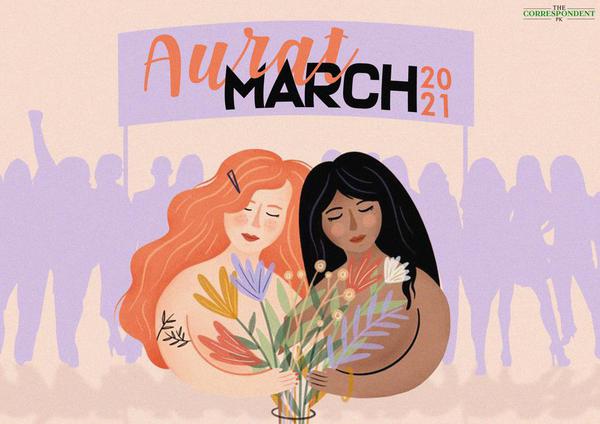 The Aurat March persists because it is driven by love

Now in its fourth iteration, the Aurat March continues to evoke myriad strong reactions before and after its commencement each year. This time, the top trend on Twitter the night leading to the March hurled unfounded allegations of ‘foreign funding’ at it. This was borne of the popular belief in the country that women coming out in hordes to make preposterous demands—such as for human rights—are surely working at the behest of some unnamed, foreign entity seeking to dismantle the cultural and re 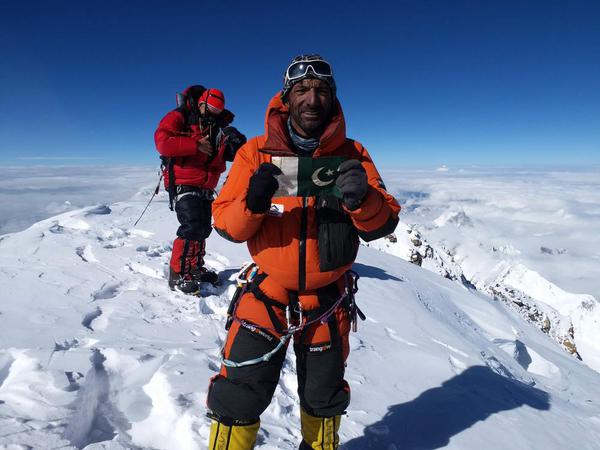 Who is Muhammad Ali Sadpara?

Muhammad Ali Sadpara takes his name from his birthplace, the Sadpara village of Pakistan’s Gilgit-Baltistan region, located at the periphery of snow-clad Skardu. Sadpara, or Satpara, is home to numerous brave men who take to the Himalayan mountains through all seasons as porters or guides to local and foreign mountaineers. A familiarity with the rough terrain, and skills acquired through years of practise, makes navigating the mountains a lucrative business for those deprived of more traditional 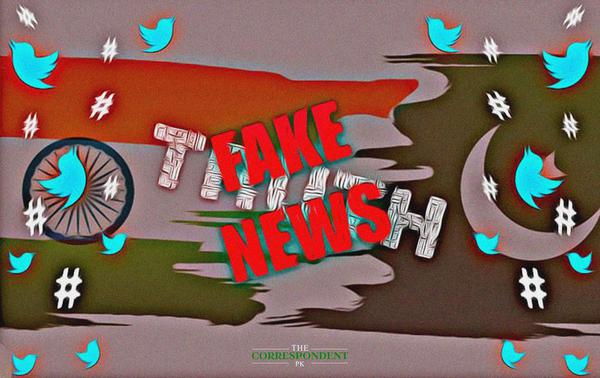 War in the time of Twitter: How disinformation shapes Indo-Pak relations

Consider the following image: the Mazar-e-Quaid stands tall against a clear Karachi sky, overlooking a curious set of events. An airborne motorbike with wings, carries a bearded, green-turbaned rider into battle against an F-16, while a fleet of fighter jets hover in the near background. Below, seemingly oblivious to this scene of critical warfare, a military uniform-clad Amir Liaquat Hussain — former Minister for Religion Affairs, current Member of the Parliament, ever disputed doctor — strikes 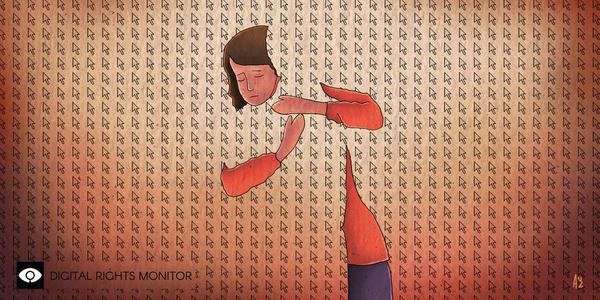 The Sadness of our Cyberspace

The hurt awakens when the world goes to sleep. It comes leaking in from cracks and crevices held tightly shut during sunlit hours, and, sometimes, it flows with abandon. The waves of this hurt—this profound sadness—crash across minds and hearts and bodies onto plateaus of digital space, and then roll back onto its host carrying crumbs of comfort. The picture is bleak, but it portrays one way I am beginning to view the internet. 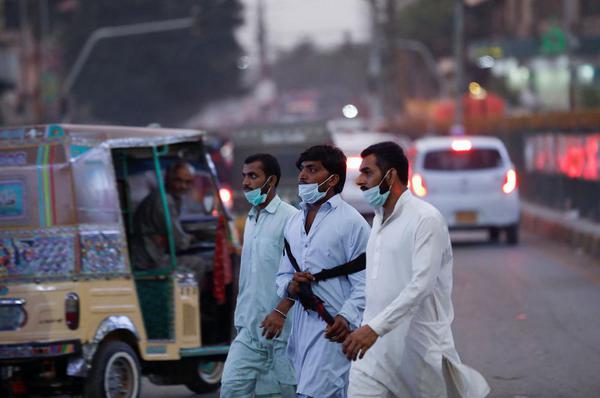 Pakistan vs. Pandemic: Why is no one afraid of coronavirus?

It is a widely held belief that the year 2020 has been the year of the coronavirus. Months and moments have lost priority over more dismal means of keeping time in check; the temporal progression of this year has been popularly defined through terms like “quarantine,” “lockdown,” “first wave,” and now, the “second wave.” Until recently, other markers of time such as school terms or university semesters had also crumpled into vague ideas due to the closure of educational institutes, while work-fr 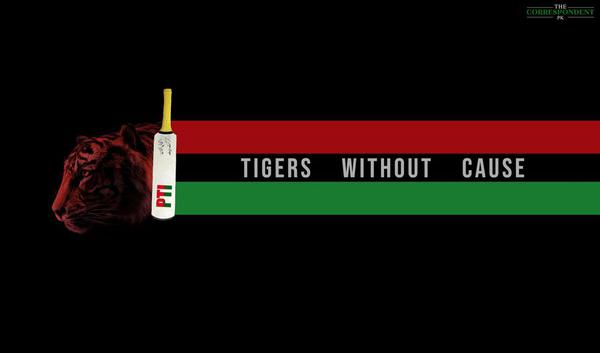 Cornered Tigers: What does the Tigers Force actually do?

In early March the world hung in limbo. Coronavirus had begun to run through much of Eurasia, and threatened the rest of the world. Nations looked at each other expectantly, not knowing exactly what to do to counter this onslaught. From Sweden’s brazen overconfidence in ‘herd immunity’ to China’s dystopian lockdowns, the world did whatever it could and hoped it was enough. The Prime Minister’s Corona Relief Tigers Force (CRTF) was born out of this uncertainty; it was to be a mechanism to aid th 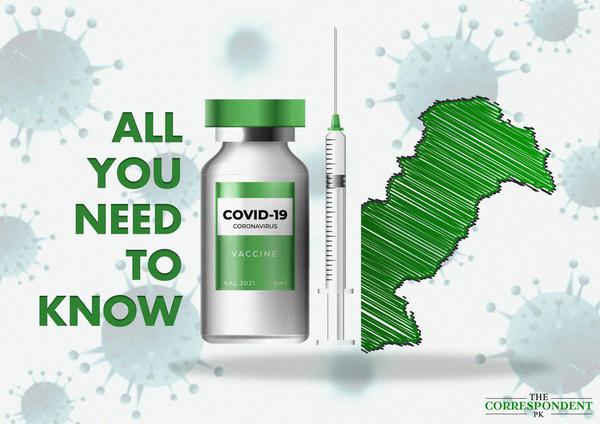 The National Command and Operation Centre (NCOC) announced on Saturday that a special plane has left for China to collect a shipment of COVID-19 vaccines, in time for the launch of Pakistan’s first vaccination drive this coming week. Asad Umar, head of the NCOC and Federal Minister for Planning, Development, Reforms, and Special Initiatives had announced this week that “the system for vaccination is in place. Hundreds of vaccination centres in the country will be administering COVID vaccine.” 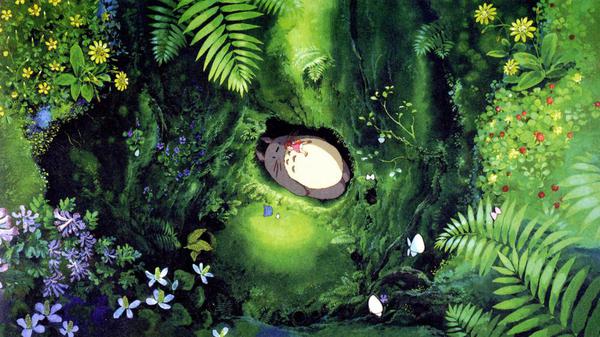 The Magical Realism of Miyazaki’s My Neighbour Totoro (1998)

This essay was originally written as a university assignment. Since the term was first coined in 1925 by Franz Roh, magical realism has come to encapsulate and transcend a variety of genres and media of expression. While Roh’s conception of “magic realism” specifically referred to Post-Expressionist German art, the popularity of the notion took off after being identified with Latin American literature. Navigating elusive categorizations of magic, magical, or the marvelous, a consistent understa 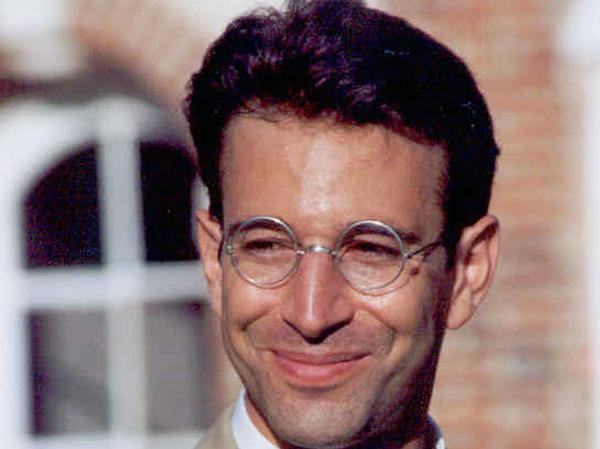 What's next for the Daniel Pearl case?

The Supreme Court (SC) of Pakistan ordered the immediate release of Omer Sheikh, the prime accused in the Daniel Pearl kidnapping and murder case, today. In its short order, the apex court dismissed the petition against its earlier judgement by the Sindh government, and upheld the verdict of the Sindh High Court (SHC). Does this mean the end of the controversial case that has been running for 18 years? Daniel Pearl, an American journalist heading the Wall Street Journal’s Pakistan bureau in 20 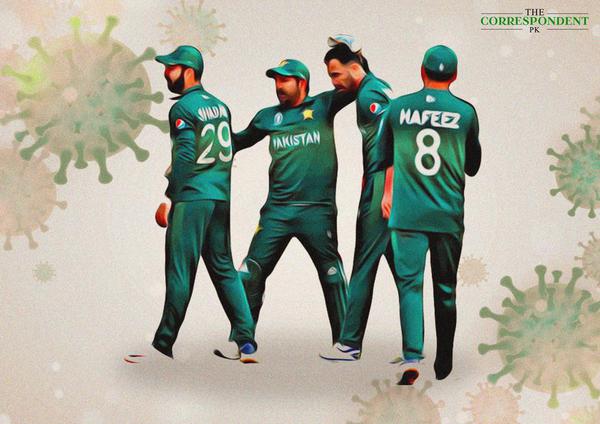 New Zealand, one of the few places in the world to have virtually defeated the novel coronavirus and resumed “normal” life, currently has only 59 active COVID-19 cases within its borders. It should be a matter of concern to Pakistan that more than 16% of these cases comprise none other than our beloved cricket team. With 10 of the 54 Pakistani cricket players currently in New Zealand having tested positive for the virus, it is important to question just how such a situation could have come abou 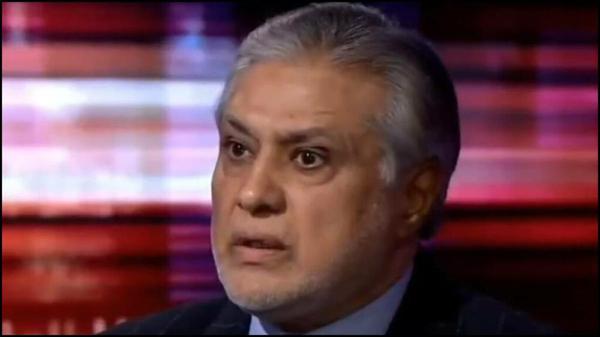 Between a talk and a hard place: The naivety of Ishaq Dar

In a country that is seldom united by interests outside of food, cricket, and nationalism, drawing rooms and internet timelines on Tuesday echoed with one, simple question: What was Ishaq Dar thinking? Appearing in a 20-minute interview on BBC’s HardTalk, the former’s Finance Minister of Pakistan was subjected to grilling of disastrous proportions by programme host Stephen Sackur. In what became a viral clip, Dar—who is banned by PEMRA from appearing on Pakistani television shows — is witnessed 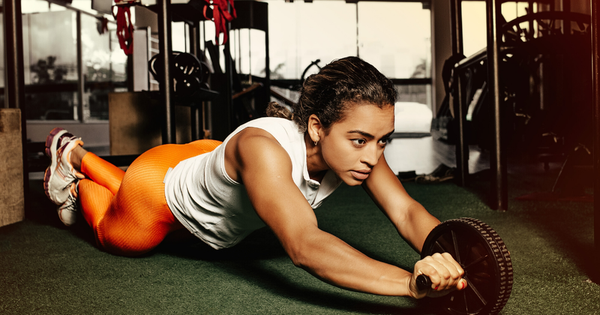 While there is absolutely no harm in establishing goals for personal betterment, either for physical or mental health, it is critical to recognize the line between personal projects and the way they are publicly celebrated. In a society where fat-shaming is increasingly common and socialization dictates that all must conform to certain bodily standards, the public shaming of our own bodies contributes to the same regressive notions. Too many people keep engaging in discussion about their bodily transformations in a manner that actively excludes those who have failed to meet the same standards. 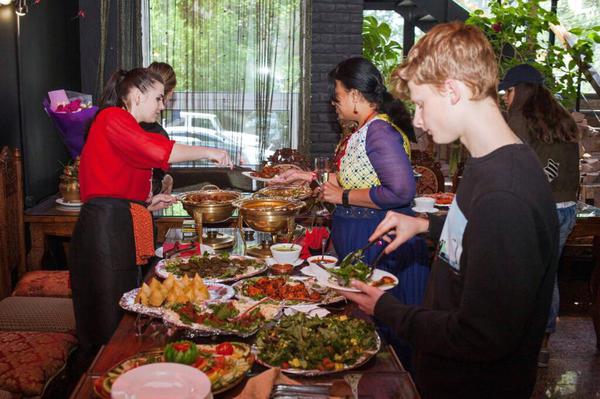 In the depths of a Kyiv winter, stepping into Himalaya restaurant is like entering another country. One of the capital’s oldest Indian restaurants, Himalaya is named after the famous mountain range, the name of which in Sanskrit means “Abode of Snow.” But any swirl of cold air that enters with you is quickly dispelled by the blanket of warmth inside, and the restaurant’s very décor conjures up the heat of the sub-continent. First impressions: The lighting is bright, but absorbed by the black a 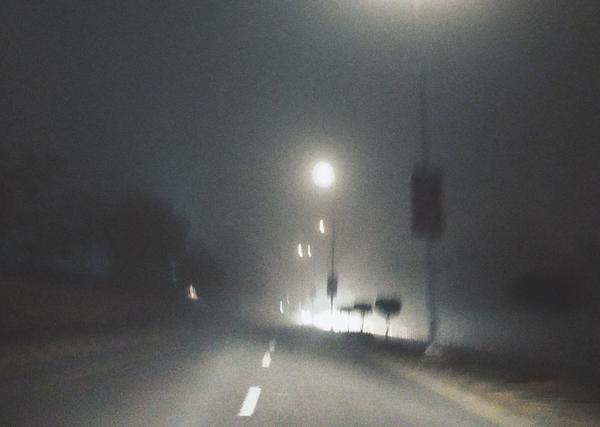 I first learned of liminal spaces in an introduction to anthropology class in my first semester of college. I do not fully recall what was being discussed — something about sacred spaces and thresholds in cultural rituals — but I have visceral memories of being in the front row, second seat, second half of class. The memory of that class is a distinct marker of a singular part of my life. Sometimes I think of it as a beginning, but I have many beginnings to account for. 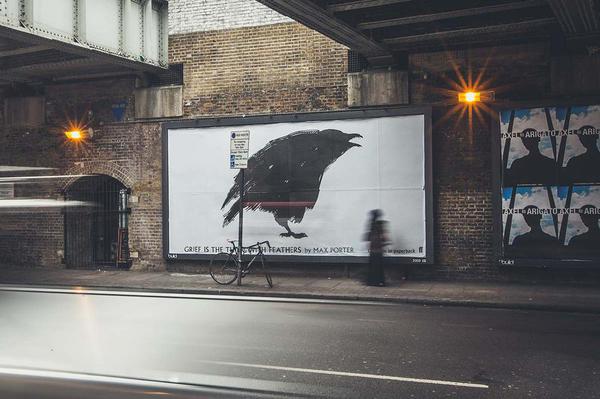 Review: Max Porter’s Grief is the Thing with Feathers (2015)

This was first written as a class assignment in May 2019. In her poem “Acquainted with Grief,” Helen Hunt Jackson asks: “Dost know Grief well?” This is a question of importance, for it aptly translates the need for grief, like all human emotions, to be acquainted with in order to be fully understood. In an attempt to explain this, she resorts to assigning her grief personhood, and Max Porter does something similar in his exploration of the human experience of loss. 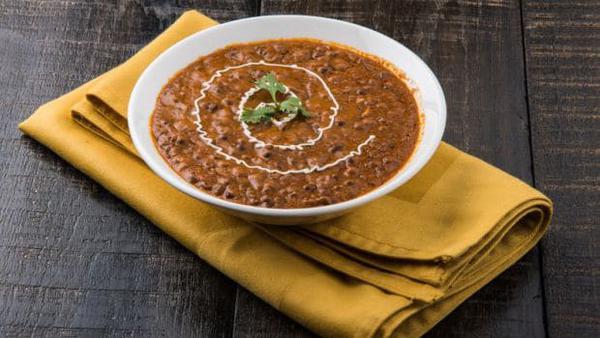 What the Oldest Indian Restaurant in Kyiv Taught Me About Identity

Can you find belonging within the contents of your plate? An edited version of this article was first published on 18th January 2019 in the Kyiv Post as a food review. Stepping in through the doorway, you are sucked into a vacuum; all connection to the bustling street outside is severed as though with a blunt knife, and a blanketing warmth takes over where there was, seconds earlier, an air infused with chill. Walking past the vestibule, the warmth settles into a comfortable presence, and your 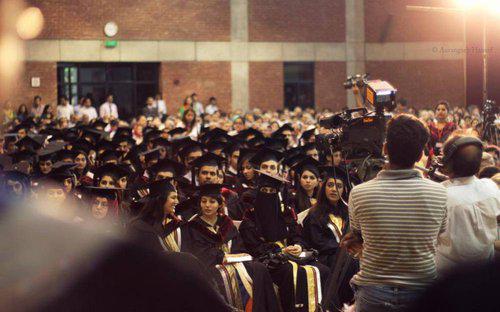 On 1st June, an email concerning the upcoming Convocation Ceremony for the batch of 2017 was circulated by the LUMS administration to the entire student body. This email, serving to reiterate adherence to security protocol, cited the likelihood of the President of Pakistan Mamnoon Hussain – by virtue of his position as Chancellor of LUMS – attending the ceremony as reason for stringent security measures. According to the email, “LUMS has been advised by the President’s Secretariat and the bure 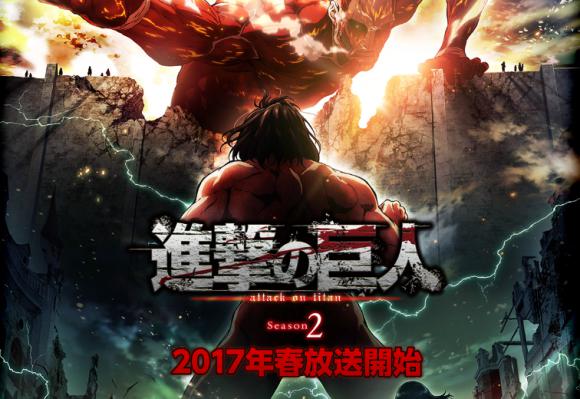 [This review was first published on 10th April 2017 in The LUMS Daily Student Vol.1 Issue 4 – Print Edition] The arrival of April marks what anime enthusiasts have been looking forward to for nearly 4 long years; following a post-2013 hiatus marked by many release date speculations and countless delays, Attack on Titan Season 2 has finally seen the light of the day and made its way to our computer screens. Shingeki no Kyojin, also known as Attack on Titan, is distinct in the quick following it
Close ✕